Master guitarist and vocalist Avi Haviv (pronounced AH-vee ha-VEEV) is a lifelong career musician whose love of music has taken him all over the globe. A child prodigy on classical guitar studying under a Master who studied with Segovia, Avi started playing pro gigs when he was just 14 years old. He studied jazz at GIT, delved the funk scene in London, played classic rock and R & B on the Australian circuit, and toured Asia playing pop. He eventually landed in the USA, launching an originals band in the Bay area before relocating to the Pacific Northwest, where he finally settled down. His versatile repertoire, engaging showmanship, and rich vocals now delight music lovers from Portland to Seattle at venues, functions and events, where he adds his own distinctive stamp to cover songs and sprinkles sets with eclectic originals. 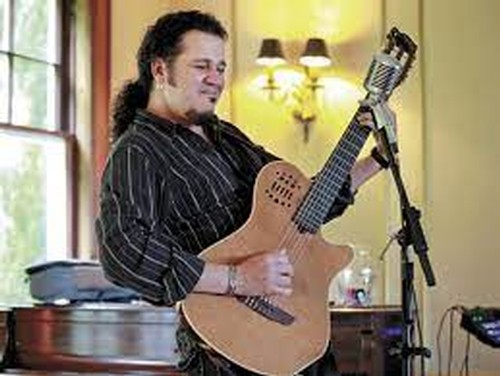